Back to News
NavStar Collaboration with Durham University
March 31, 2016

NavStar is assisting researchers from Durham University’s Geography Department to monitor coastal cliffs using the GeoExplorer integrated monitoring system. The system now forms an integral part of a project aimed at understanding the mechanisms involved in the erosion of cliffs and developing new ways to predict slope failures.

An innovative system combining data from laser scanning, weather stations, and a webcam was installed at Whitby, North Yorkshire in early 2015. Since then it has been working almost continuously to record the environmental conditions and capture 3D point clouds of the cliff face at regular intervals. Each scan contains over two million points and so far a time series of over nine thousand scans have been acquired making this one of the most intensively measured slopes in history.

A Riegl VZ1000 laser scanner is being used to acquire the 3D point clouds and this instrument is controlled using software developed by John Davis, who now manages NavStar’s UK office. After acquiring each scan the software then processes the points and summarizes the results. This information is instantly available in GeoExplorer. The software is capable of determining millimetric levels of displacement on the cliff face and the progressive deformation of selected areas of the scan can be displayed and analyzed using GeoExplorer. GeoExplorer also tracks the performance and status of the laser scanner so that the integrity of data is maintained during this long-term, automated monitoring program. The system has been set up to provide alerts via email if the measurements are interrupted, if the calibration is out of tolerance or if significant levels of displacement are detected.

As well as measuring progressive deformation on the cliff face, the scanning software can also be used to detect rockfall events and to track the accumulated volume of these rockfalls. This is achieved using algorithms developed specifically for the laser scanning system. The contribution of rockfalls to the prediction of slope failure is an important topic of research at Durham University.

Although the laser scanning software can be operated as a standalone system, it has been tightly integrated with GeoExplorer. This not only provides the researchers with the advantages of GeoExplorer’s sophisticated alarming and reporting functions, it also enables them to directly compare the results of the LiDAR-based monitoring with the environmental data using a single software platform. Two weather stations and a pyrometer have been installed and continuously feed temperature, pressure, humidity, wind speed and wind direction data to GeoExplorer in real-time.

The inclusion of a webcam in the system has also contributed to the monitoring at Whitby. As well as providing a visual record of the cliff, it has enabled the technicians to inspect the site remotely and thereby avoid unnecessary maintenance visits. For example, the laser scanner is unable to measure the cliff face if the weather becomes misty or foggy and, given the location of the site, this is not an uncommon occurrence. By reviewing the webcam images the University’s staff and NavStar’s support team have been able to determine whether the latency alarms that are occasionally received are due to adverse weather conditions or if the hardware needs attention NavStar is pleased to announce that we have opened an office in the United Kingdom. 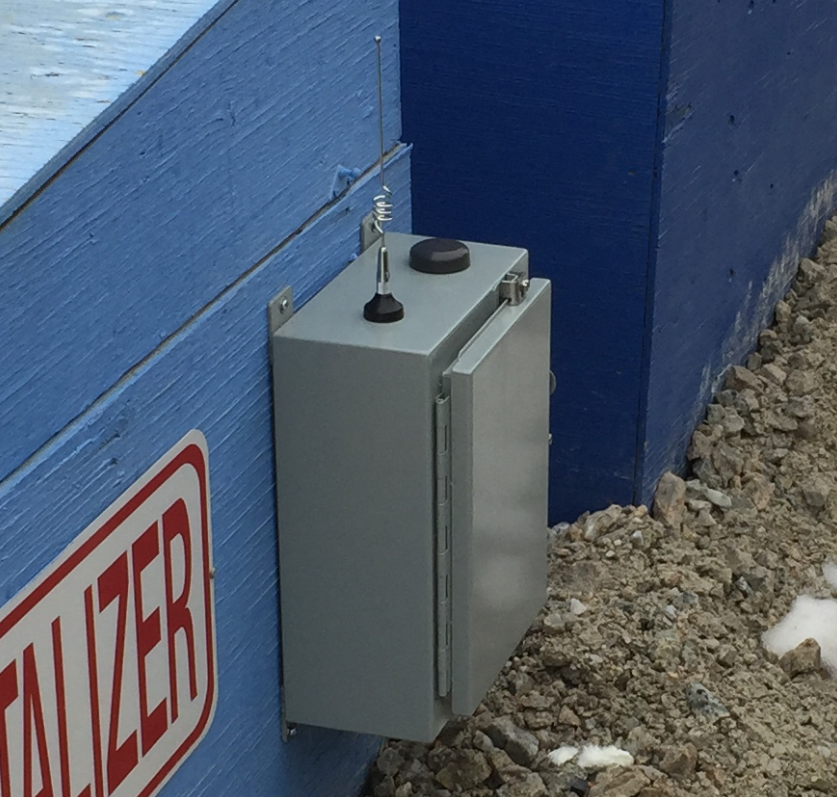 With the release of our GMS300X series GPS units we have added mesh networking capabilities. 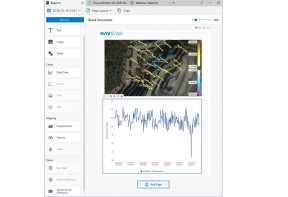 GeoExplorer's Advanced Reports Option allow you to present that information on customized templates that can easily be updated, reproduced and shared.